Phoenix, AZ – Nutrasumma is proud to announce the Spike TV debut of its spokesperson, Brendan Tierney, on the new reality series, “Fight Master: Bellator MMA.”  Airing Wednesday, June 19th at 10pm/9c, the show brings together thirty-two of the world’s best welterweight fighters as they compete for a spot in the Bellator MMA Tournament and $100,000.

Raised in Queens, New York, Tierney served in the U.S. Navy for eight years before beginning to train in MMA in 2000, and fighting professionally in 2006.  Seeing it as a great opportunity for exposure, he jumped at the chance to interview for the reality show in December 2012.  His military background, dance and modeling experience, age, and fight record of 10-4, none of which went to decision, set him apart from more than 10,000 eager applicants.

While his extensive training is a key factor in his success thus far, Tierney contributes much of his success to a proper diet and nutritional supplements.  Three years ago, he received a wake-up call from one of his coaches who informed him that what Tierney thought was a healthy diet, was actually far from it.

“My diet has been an interesting journey,” said Tierney.  “I never really gave much thought to what was really good and bad.  I just assumed if it said it was healthy on the label, it must be.”

Since, he has removed gluten, dairy, and all processed foods from his daily intake.

“Now that I’ve eliminated these negatives from my diet, my weight has evened out, my energy levels have improved, and my understanding of overall health has, and will continue to, improve my life,” said Tierney

After his coach introduced him to pea protein, Tierney quickly realized how vital it was in his day-to-day life, allowing him to maintain his energy and weight.

In search of new products, Tierney caught wind of Nutrasumma.  He now uses Nutra Summa’s various pea proteins, “Greens,” zinc magnesium aspartate (ZMA), and cod liver oil.  He raves about the quality of their products, using fifteen of them daily and always finding a spot for new products in his regimen.  However, it’s not only their products that he’s impressed with.

“Their standards and philosophy locked me in,” he said.  “By taking Nutra Summa’s products, it has improved my life as an athlete and opened my eyes to the value of integrity within the supplement world.”

Help support Tierney in his quest to victory starting Wednesday, June 19th at 10pm/9c on Spike TV and follow him on Twitter through  @Tiny_Shorts.

Established in 2010, Nutrasumma is a nutraceutical company specializing in developing independent lab-tested health supplements manufactured and distributed in the U.S.

Nutrasumma backs this commitment with a research team comprised of doctors, pharmacists and researchers as well as a registered pharmacist available on staff to provide more information to customers on its products. 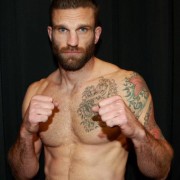