Blog
You are here: Home1 / Blog2 / News & Events3 / Our Newest Client @NutraSumma ‘s Spokesperson will be Fighting on...

Brendan Tierney, Community Awareness Specialist and official spokesperson for Nutrasumma, will be fighting on SpikeTV and Bellator’s MMA first season of Fight Master. It will air Wednesday June 19th, 10/9c on Spike TV.  He was informed that SpikeTV was having interviews for this back in December of 2012 and he thought it would be a great opportunity. The best part about this was they had over 10,000 applicants and he made it the final 32. It was definitely a tough competition to get selected but Brendan felt that the following attributes helped him the most. He’s a military veteran, has previous modeling experience, previous dance experience (specifically ballet), he’s 38 and the average age of others were low-mid 20’s, his record in previous fights are 10-4 and none of his fights went to a decision.

He started training for MMA in 2000 and his first fight was August of 2006. His training centered on the many facets of Mixed Martial Arts:

As much as the above training was key for him none of this would be possible without a proper diet and supplements. Until three years ago he never felt like his diet was poor but that quickly changed. He was drinking a gallon of milk every three days, consuming bagels, sandwiches with lots of processed meats, microwaveable foods and chicken mac and cheese which was his daughter’s favorite thus his too. He also ate out regularly. His fluid intake included sports drinks that were loaded with sugar and alcohol 2-3 times a week.  Brenden met with his wrestling coach who got on him about his diet and he was quickly made aware of what he should eat and drink versus what he was.  He now steers away from gluten, all processed foods and dairy.

As much as the diet was key for his performance so were the supplements he is now taking. Pea Protein had been brought up several times to him; however, he was unaware of the positive impact it would have on him and did not see the value until recently. After using NutraSumma’s Pea Protein, his weight became more consistent, which is key to him maintaining energy levels and performance in a sport based on weight classes. After enjoying the benefits of the Pea Protein he was eager to see all the products that they offer to add value to his efforts.

We hope you watch his performance on June 19th. 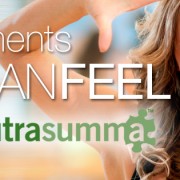